It is with great sadness that I have to write you that the situation in Pakistan is not good now because there is flood in Pakistan and we need goods and things in Pakistan. Over the last 24 hours , 49 deaths were reported , the majority in Sindh , taking the death toll to 777 since mid – June , and 2213 houses were damaged , taking the total damaged houses to 1715 , mostly in Sindh and Balochistan . According to National Disaster Management Authority ( NDMA ) , as of 21 August, around 19345 people were rescued , and 3545 individuals are living in relief camps across the country . In Sindh , as of 20 August 2861 people are affected , with 3786 households affected and around 3356 are displaced due to floods in the province . 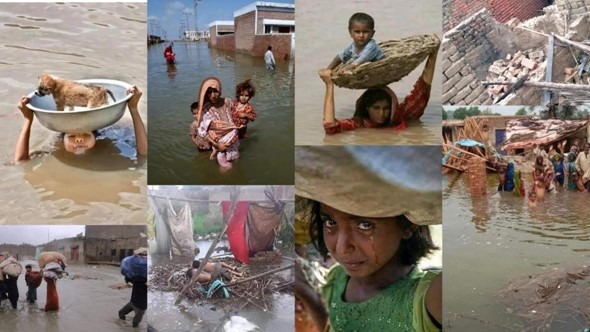 (Most affctive city in Pakistan)

Sindh and balochistan most Floods

damaged School and destroyed 17.560 School were damaged or destroyed as well…

402 People kill 1,055 have been injured 10 million people have been displaced in Sindh and 57.496 house were severely damaged or completely. Destroyed (Balochistan)

264 People have killed and 600,000 others were displaced by flood 326,897 house were damaged due to floods and landslides and 7.749 cattle. died from collapsing Sheds

22 people killed 420 house were destroyed or 740 were damaged Due to Hoods and landslides.

Pakistan flood devastation has hit many of the more than two percent Christian population. Who are already living in poverty stricken conditions. The gospel was preached and received by many. They were on the crest to start educational, empowerment and economic development projects to end their vicious cycle of perpetual poverty. Even then we needed your prayers and support but even more so now we need your motivation and monetary funding to recovery from this disaster in short time. Please will you be willing to be used by God as a resource to relieve the suffering of many families in Pakistan? If so please donate accordingly as you have determined in your heart. God bless you with more in return that you might have more to give.

Facilitators of HIS Grace

Serving 440,000 the gospel of Christ in Asia: Pakistan, India and North America.

We Are PAKISTAN STRONG RISING ABOVE THE FLOOD TOGETHER